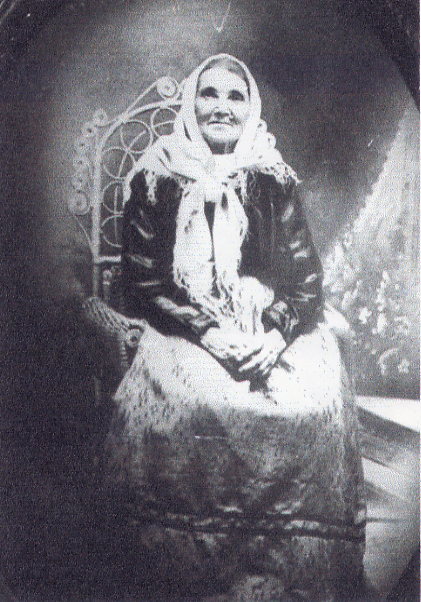 Children all born in Scholtoi, all emigrated to Canada in the early 1900’s. Franziska and Georg lived in Landestreu, Ugartsthal district of Galicia; later moved to Scholtoi,Bessarabia. Franziska re-married after the death of Georg when Johann was quite young. She married Johann Peter Baron on May 9,1871.Johann Peter Baron had 4 children from a previous marriage to Catherina Geislinger.

Franziska and Johann Baron had 6 children, Rudolf, Friedrich, Wilhelm, Karl, Philippina, and Adolf. Mr. Baron died in 1889. Franziska’s 3 sons from the first marriage and 4 of the Baron siblings came to Canada. She came to Canada later at over 60 years of age and lived with son Philip in Melville where she died at 85 years of age on July 31,1922.

The family occupation in Germany was millers, working in grain mills.

The original name was Gebhard, later some added the”t”. Others kept the “t” and dropped the “d”. 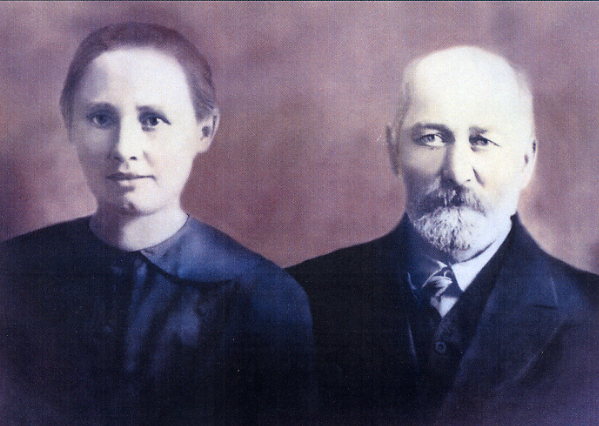 Children: Wilhelm, Rudolf, Caroline, Jacob, Johann and Maria. First two were born in Russia. Son Johann served in WWII and settled in Dauphin, Man. The other sons farmed in the area before moving to BC. Daughter lived in Sask. All are deceased.

HEINRICH married on May 27,1891 to Eleanora Korfman b. Nov.23,1874. children, Johann, Jacob, Wilhelm, Dorothea, Philippine, Rudolf,
and Karolina. All born in Scholtoi. 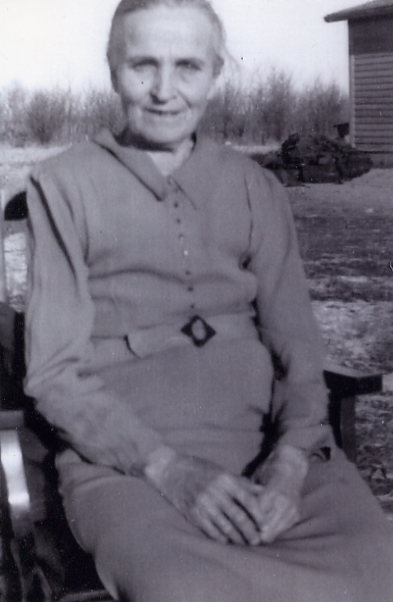 On Feb.7,1913 they left the train station at Kishinnev, April 2,1913 to the Baltic Sea, by ship to port of Southampton England. They left there on May 29 on steamer Ausonia to port of Quebec City arriving June 10,1913. Heinrich may have been ill in quarantine as his immigration card shows medical stamp July 7,1913 and his wife and son Wilhelm shows June 13,1913.

In Quebec City Inspection card of Wilhelm shows alteration of spelling of name, first written Gebhardt, someone clearly erased the “d” to Gebhart. This family permanently adopted the change.

Eleanor died Feb.5,1962. John, the oldest son homesteaded NW15- 2–8-W3M. He went to Winnipeg to sell cattle. He met Liza(Elisabeth) Foster who was visiting her older half-sister Emily and Bill Stazt. Liza was 18 years old. Bill introduced them and a week later on Feb.12,1925 they married in Winnipeg. They returned to the McEachern district where they lived on John’s homestead there. Most of this family has remained in Saskatchewan. 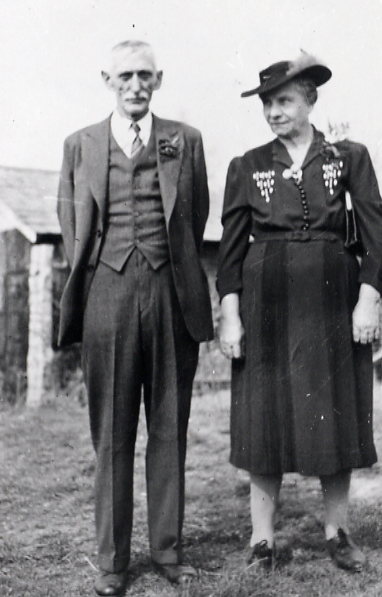 They came to Canada in 1906 via England with Adolf, Caroline, Wilhelm and Eleanor. These children were born in Scholtoi,Kreis, Belz, Bessarabia,USSR. Eleanor died enroute and was buried in Brumaud, Leabau , age of 8 months.

The family arrived in Grenfell, Sk. and stayed there for the winter. In spring Johann worked as a hired hand in Neudorf, Sask. In 1907 he filed for homestead north of Cupar,Sk, NW24-24-17 W2M. Philipina, Philip, Elisa, Wilhmelmina,Rudolf,Emma and Marie were born here. Emma died at age of 10 months of flu in 1919 and is buried in Cupar. They moved south of Markinch April 1919 and farmed till 1931.

The drought drove them north to Archerwill and left Adolf on the Cupar farm. They farmed north until Nov.1940 and returned to Markinch. Philip and Elisa had stayed there.

John had TB as a young man and had part of a lung removed as treatment. When they arrived at the homestead. May 9,1908 they lived under a wagon box till the sod house was built. The younger children took the cows out to pasture every day and returned in the evening as there were no fences yet. The older children had very little schooling, English was spoke in the morning and German in the afternoon in school

They lived a simple life, did not have a car and did not speak English. Johann rolled his own cigarettes and smoked till he died , also enjoyed a shot of straight whiskey every morning. John did not relate to new farming methods when his sons tried to describe them. He proclaimed the TV as the work of the devil.

The custom of those years required the oldest child to marry first and then each in order of age to a spouse of their parents choosing. Phyllis , next to William did not marry at all, perhaps because of William not marrying in turn. The other siblings did not follow tradition and married those of their choosing. Of course you were to marry one of the same nationality and religion. Elisa and Philip married Paul and Alma Haki in a joint wedding. Later Rudy married their sister Lizzy which resulted in lots of close cousins.

Anna lived with different family members after John’s death. She moved to the Lutheran home in Regina,Sk. in 1965.