Claud Thomas Gooding, 1891-1960, was born in Somerset, England. He first came to Canada in 1913, to work on a dairy farm in Salmon Arm, B.C. When war broke out in 1914, he enlisted in the Canadian Army to serve his native country, England. He was in the Signal Corps, and attained the rank of Sergeant-Major. He fought at Vimy Ridge and The Somme, as well as other battlefields in France. 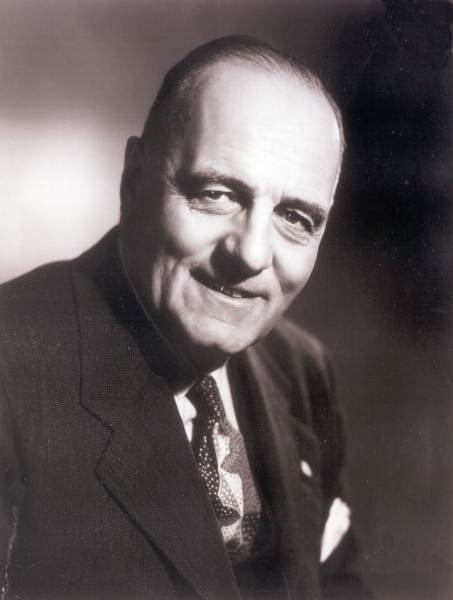 In September, 1918 he married Mabel Hannaford, a longtime girlfriend, in England.

Claud and Mabel emigrated to Canada and Saskatchewan in 1919. They obtained a farm at Warman, Sask. through the Soldier Settlement Board. For the first few years they mostly grew grain, but in 1924 they started a dairy herd and shipped milk to the Silverwood Dairy in Saskatoon. After a couple of years the dairy had a surplus of milk and some of this was dumped – and the Dairy would only pay the farmer for what it used. The local farmers met and in 1928 formed a co-operative, the Saskatoon Dairy Pool, to market their own milk. The Dairy Pool utilized any surplus milk to make cheese and butter. In 1929, C.T. (as he was known) became President and General Manager, a position he held until his retirement in 1954.

While at Warman, C.T. served as Chairman of the School Board, and worked as a weed inspector for the municipality. In 1932, the family took up residence in Saskatoon.

During his term as General Manager, he was very active in the Canadian Dairy Association, and served as National President. He also was President of the Saskatoon Exhibition Board. He was very active in sports, and helped to organized the Hub City Curling Club and was its first President. He was also a keen golfer, and served a term as President of Riverside Country Club. Following his retirement, he was inducted into the Dairy Hall of Fame Museum in North Battleford, Sask.

Mabel was very supportive in all his activities. She operated the farm while he was away so much on his various activities. She was active in several community affairs, including Homemakers, Home and School and I.O.D.E. She did a lot of fine needlework, and was an excellent hostess on their many social occasions.

The family spent many summers at Waskesiu in Prince Albert National Park. These visits started with a weekend of tenting in 1929, and each year thereafter, they stayed a few days longer. In 1936 they built a shack tent, which had wooden walls and a canvas roof. Each year it had to be taken down in the fall, and reassembled in the spring. In 1946 they built a more substantial cottage which is still in the family, owned by daughter, Phyllis.