In the early 1900’s, the words, “Come to Canada and be your own master” echoed throughout Europe. The call was heard by my grandparents, Mary (nee Boyko, daughter of Ivan and Olena Boyko) and Antin Holowachuk (son of Hawrylo and Hanya Holowachuk). Mary was born in the village of Chechow (Chehiw), province of Buchach, Galicia (now known as Ukraine) in 1867. She married Antin Holowachuk (born in 1865), also of Chechow, Ukraine in approximately 1886 or 1887. In the old country, Gido (Grandpa Antin) worked as a rail worker.

Gido wanted to give up his present life of poverty for a better future for his family in Canada, where land was plentiful. In Ukraine, taxes were high and wood was scarce. Lack of education was common as there were many villages without schools. It was a painful step to break family ties and leave relatives forever. 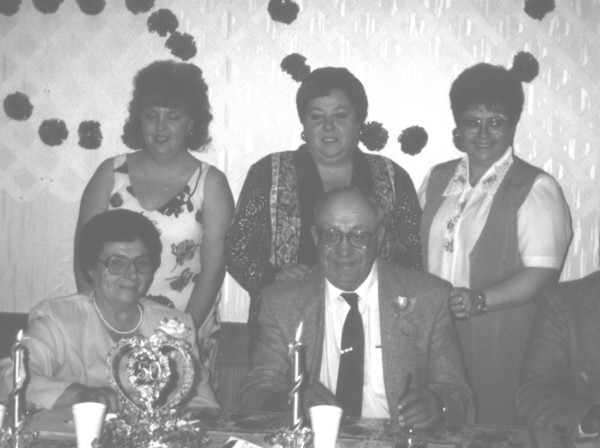 The offering in Canada was 160 acres of land for $10.00. Once the decision was made to come to Canada, Baba (Grandma Mary) and Gido had to scrape up enough money for the cost of the journey. They sold their possessions and packed their homemade trunk (skryna) with essential articles such as a sickle, scythe, axe, saw, bedding, pots, seed for vegetables, clothing and sheepskin coats. In the spring of 1907, Baba and Gido, along with their children Tekla, Barbara, Sam and Julia took their first step to the vast unknown. Amidst tears, they seated themselves in the wagon and set out for Lviv. “Farewell my native village, for God only knows whether I shall ever see you again.”

After matters such as immigration papers, passports, ship cards and health certificates were dealt with, the sea journey started at the Port of Antwerp on the SS Montreal on June 5, 1907. It took two long, treacherous weeks at sea to arrive in Quebec on June 16, 1907. The days at sea were long and fearful with lack of sanitary conditions, no medical care, the misery of sea sickness, crowded quarters and stale food. Their son, Sam, lost his cap on the ship when it fell into the ocean.

Upon arrival in Canada, they were weak and weary but relieved to stand upon solid ground again. They were met by government officials who helped with language interpretation. The food supplies had to be replenished for the train ride from Montreal to Winnipeg and then on to Yorkton, SK. From there, they were dispatched to the Chechow district, 6 miles west of Preeceville, where a few families from their native village had previously settled. Eventually, Baba’s brothers (Steve and Frozena Boyko, Mike and Mary Boyko), sisters (Justina and Ivan Luciow, Annie Boyko (Bugera), Nettie Boyko (Serhan) and parents (Ivan and Olena Boyko) had all arrived in the same area.

They were overwhelmed by homesickness but realized that it was not possible to turn back. Once they chose their own land, the first priority was for shelter, food and water. Their first dwelling was a sod hut with logs piled on top to make a sloping roof. The whole family spent months in a tiny room sleeping, cooking and working. Before land was cultivated, food was a problem and they depended on what nature provided them with such as wild berries, mushrooms, prairie chicken, rabbits and fish.

The work of my grandparents was slow in progress as they depended upon their own muscle power and a few tools to dig out trees, pick roots and rocks and break virgin soil. Drinking water was a problem as there were no wells and water was fetched from a slough and strained. Floors were swept with homemade willow brooms and clothes soaked in a wooden barrel of poplar ashes, a substitute for soap.

After a few years in Canada, their first log house was built with a thatched roof and plastered walls. Furniture consisted of homemade wooden table and benches that doubled as beds at night. In addition to growing grain, Baba kept a vegetable garden. Cabbage was made into sauerkraut. Potatoes, carrots and beets were stored in the root cellar. The cows provided them with milk, butter, cottage cheese and sweet cream. Chickens were kept for eggs and spare eggs were sold. An outdoor clay oven was built in which most of the baking was done. 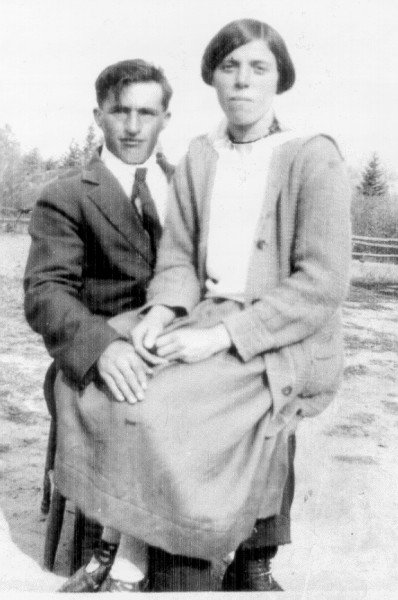 The cold winter days were spent stripping feathers for pillows and quilts. Travel in winter was in an open box or cutter with a heated brick or sad iron wrapped in a gunny sack used as a foot warmer.

Even though my grandparents were poor, they were still happy. On holidays, someone always came to visit and they would sit together and talk or sometimes the musically talented men played instruments such as a flute, violin or cymbal and the women would sing.

Weddings were also a major community event. The traditional Ukrainian wedding was a long, elaborate ceremony lasting three days. The honored couple went from house to house inviting people to their wedding. Music, singing, dancing, eating and a healthy drink or two were part of the festivities.

My grandparents helped in organizing the building of Chechow School. As they were illiterate, they wanted their children to be able to read and write. The children knew their native tongue but it was at school where English was learned.

As my grandparents were of Ukrainian origin, they brought with them and taught us their language, customs and traditions of their native country. As the church calendar was a strong regulating force, it told them when to do penance and when to celebrate. Fasts were frequent and strictly observed. Christmas, celebrated on January 6, the most festive season, begins with “Sviaty Vechir” or Holy Eve. Wisps of straw were placed under embroidered cloths and sheaves of wheat (diduks) decorated the house with a braided bread or “kolach” as the table centerpiece. As a treat for the children, candy and nuts were scattered in the straw for them to find later. 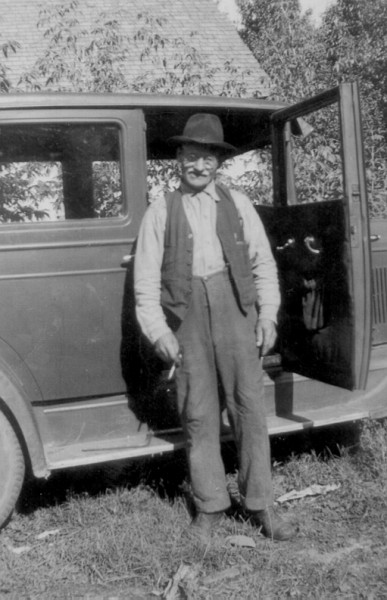 Easter was observed with a seven-week fast but lacked the springtime charm and beauty of Easter in the Old Country. Traditionally, Easter was very solemn. Baskets of Paska bread, eggs, pork, cheese, butter and horseradish were blessed in church and eaten after Easter Sunday mass.

The children of Baba and Gido attended Chechow School located one mile from their homestead. Unfortunately, the older children didn’t go to school as they had to help their parents with the homestead. 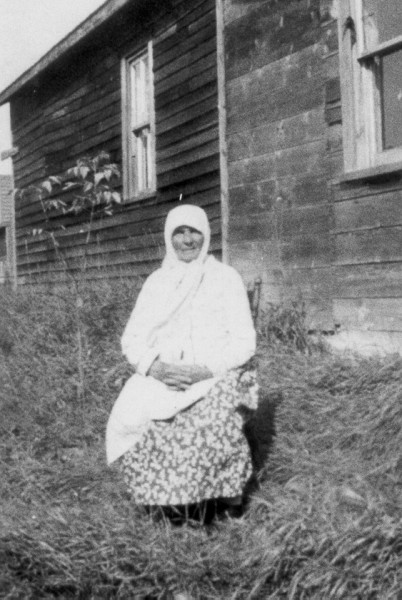 We must remember that we are descendants of those noble settlers who never lost hope on what they set out to accomplish. It is our responsibility to have our culture and traditions live on and be a guide for future generations. 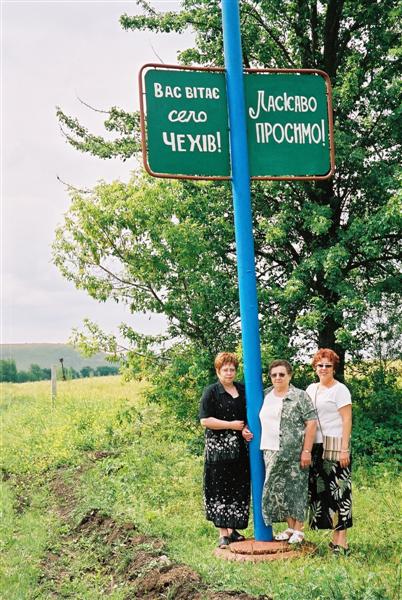