Roy Hufsmith realized the dream of running his own business when he launched Hufsmith Insurance Ltd. in 1970.

Upon graduation from Saskatoon Technical Collegiate, Roy entered the work force with CN Railways, employed in telegraph, freight sales and traffic departments. He was transferred to Calgary but quickly returned to his Saskatoon roots to join Turner Insurance and then became manager for Laroche-McDonald Agencies Ltd. He moved to Cranbrook, BC to operate a men’s wear store for three years but, again, he decided to return to Saskatoon.

“I was trained in business and I was filled with entrepreneurial spirit,” says Roy. “I had this burning desire to do my own thing, I wanted to live by my wits and insurance was a business I knew. I wanted to be in charge of my own future.” 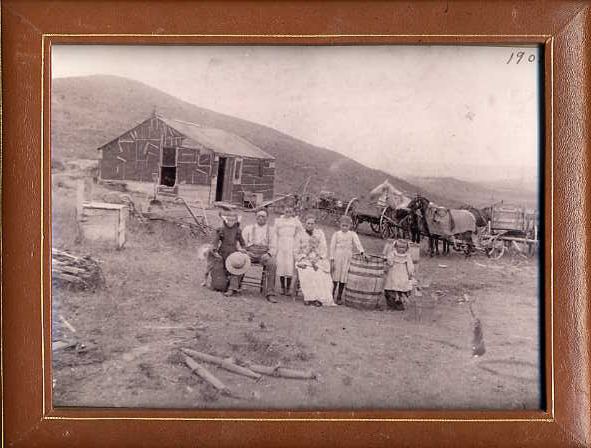 His first office was in the basement of his home where he was joined by his father, Glen, on staff. A year later, he moved into quarters in the Marquis Towers where “I had a desk, an electric typewriter and a filing cabinet but, nevertheless, it was a sense of accomplishment.” Not long afterwards, he set up his business at 304 Fourth Avenue North.

An important move in his life came in September, 1980, when Hufsmith and insurance adjusters Paul Greening and Hank Eisler, bought property on Pinehouse Drive.

“There was little development on Pinehouse at that time and the rabbits were still running wild in the fields. It was an important decision. We figured we might lose customers, moving from a downtown location, but we were able to retain them. We also saw the benefits of a neighbourhood growing up around us and our neighbours needed home insurance,” says Roy.

His father retired from the business just before the move but soon, two of Roy’s children, Cheryl and Glen, would join him in the family enterprise.

Cheryl worked part-time at first, graduated from the University of Saskatchewan with a Bachelor of Commerce degree, and became involved as an office manager and administrator. Glen came out of high school, worked for a while with Frontier Airlines, and then earned his insurance industry designation as a Chartered Insurance Professional. Glen became sales manager. Cheryl and Glen have been responsible for running the company since 1987.

“To start a business the way I did would be difficult in today’s marketplace. When I started, you had to believe in yourself as a winner. As small as my company was, I knew I could make it work, pay the bills and raise a family. As we grew, there were more partnerships with provincial corporations.

“When I started, we had brokerage contracts with Saskatchewan Mutual Insurance Company, Portage Mutual and Saskatchewan Government Insurance. When a client came in, they told us their needs and we always tried to find the right options for them. I remember Saskatchewan Mutual used to have letterhead which claimed they had the best possible coverage for the lowest possible cost. Handling personal lines, home lines, car insurance, farm insurance was what I wanted to do. The insurance companies were offering highly-competitive products, allowing us to be competitive in attitude and in reality. Our partners each possessed the sense of engaging in people business.

“As an agency in all personal lines, the key to success was the loyalty of clients over a long period of time.”

The Hufsmith family landed in Saskatchewan in 1905. Roy has a picture of the Hufsmith family taken in Gross, Nebraska, in 1901. Roy’s great grandfather’s name was William, his grandfather’s name was Amandas, often called Matt, and his grandfather and other family members homesteaded in Semans, Sask.. Matt and his wife, Madeleine, had seven children. Matt was among those who signed the first petition to organize the school district, a petition signed on May 16, 1905. The school’s name became known as Glen Afton #1725. The school didn’t open until 1907 when there were 20 school-aged children and 10 preschoolers. Matt was elected a trustee. When the school opened on Jan. 6, 1908, two Hufsmith children, Gertie and Alice, were in attendance. There were memories by other residents about a Hufsmith mule, which took the children to school, returned home on its own, was hitched up again in the afternoon so it would return to school to pick up the children.

Roy’s father, Glen, was born July 7, 1907, in Nut Mountain, SK. The family remained in Semans until 1914 when they moved to Saskatoon. Glen attended Mayfair School and went to work for John Erzinger & Co., where he sold cigars, chocolate bars and confectionary items to stores and restaurants. He later worked for Donald H. Bain, a distributor for General Foods, General Mills and B.C. Sugar. Roy remembers unloading 100-pound bags of sugar as a boy and summertime employee of the Bain company. Glen stayed with the company until it closed and eventually moved into the insurance industry.

Roy’s mother, Nellie, emigrated to Canada with her parents, William and Eleanor Taylor, as a three-year-old in 1912. There was a happy turn of fate for the Taylor family. The family was denied permission to board the Titanic because Nellie’s vaccination turned into an infection and she became ill. The Titanic, considered unsinkable, collided with an iceberg on April 14, 1912, and of the 2,227 on board, only 712 survived. The Taylors caught the next available ocean liner, came to Saskatoon where he gained employment with the City of Saskatoon. Nellie attended Westmount School, worked with a life insurance company and as a dental assistant before becoming a stay-at-home mom.

Roy was born June 15, 1934, attended Caswell School and Technical Collegiate. It was at Tech that Roy gained national attention as a schoolboy curler. Roy curled at Caswell. He and Gary Cooper rode the bus to school and Cooper was a friend of Gary Thode. Tech coach Ken Moir recognized the potential for a curling team, decided to make them the junior team, but when they beat the senior team three times, Moir entered Thode’s combination in the 1950 playoffs. Thode, Cooper, Jeff Charlebois and Hufsmith went to the provincial finals where they lost to Regina’s Bill Clarke, who became the 1950 Canadian schoolboy curling champion. (Clarke later played 15 years with the Saskatchewan Roughriders.)

In 1951, Orest Hryniuk replaced Charlebois as the second and Thode’s team won the Canadian championship at Nelson, BC Saskatchewan and Alberta went into the final game, each with records of seven wins and one loss, and in the showdown, Thode cracked a three on the ninth end and it stood up for a 9-8 victory. In 1952, Doug Conn became the new second. They won the Saskatchewan title again and went to Moncton, N.B., where they won nine straight games for a second Canadian championship. An eight-ender is a rare feat in curling but Thode, Cooper, Conn and Hufsmith made all the rocks count in one end of a game against Quebec. The two Canadian championship teams have been inducted into both the Saskatoon Sports Hall of Fame and the Saskatchewan Sports Hall of Fame. Roy later curled regularly at the Granite and Hub City clubs, staying in the game until 1990. He has also been a longtime golfer.

It was also during high school days that Roy met Louise (Lea) Horodisky. Lea attended Bedford Road Collegiate and the two worked together with CN. They married on Aug. 3, 1957, and she was the mother of the three children, Cheryl, Sandra and Glen. They were married for over 30 years and Lea died Dec. 12, 1987.

Cheryl and her husband, Douglas Orth, have three sons, Jason, Adam and Spencer. Sandra has two sons, Christopher and Andrew, and a daughter, Stacy. Glen and his wife, Darla, have two daughters, Dana and Courtney.

With Roy’s business sense, he also developed an interest in travel. He ran his own full service travel company. In 1990, he and Joanne Callum, who is Roy’s current partner and soulmate, introduced a new travel concept. Joanne, who worked in the travel industry as the executive assistant to The Alliance of Canadian Travel Agents (Manitoba), and Roy introduced the concept of group travels for singles to Saskatoon clients. It was a company that suited the needs of people, who were single by choice or circumstance, liked to travel but were uncomfortable travelling alone.

He has also developed the Seminars At Sea idea of conducting insurance training seminars to meet the license requirements of insurance brokers and agents in Western Canada and all seminars are done on cruise liners.

He has a travel story to go with the fiberglass wall mount of a six-foot, 150-pound hammerhead shark that hangs on his office wall.

Roy was holidaying off the coast of Florida in January, 2006, and while his group was on the deep seas, he was thrust and hooked up in the captain’s chair at the front of the deck. He caught a nibble, fought the valiant fight, and with some help, drew the shark on board. The crew made a mold in fiberglass, retaining the head, tail, fins and other parts of the body. He calls it a thrilling experience he will never forget.