Frank Joseph Leier was born in Elsass, one of the German colony villages in the Black Sea area of Russia in the year 1877. Frank was orphaned and raised by his grandmother. He had two brothers William and Sebastian. He also had a sister named Siebel. Frank spoke many languages, Russian, German, English and Yiddish. His occupation was that of a salesman.

Brigetta Senger was born in 1882 at Strassburg village in the German colony of Kutschurgan, Russia. Brigetta had two brothers and five sisters. Their forefathers had immigrated to this area from Berg a village in the southeast corner of Pfalz Germany in early 1800 when Czar Alexander 1 grandson of Catherine the Great of Russia invited the Germans to settle in Southern Russia in the Black Sea Region. 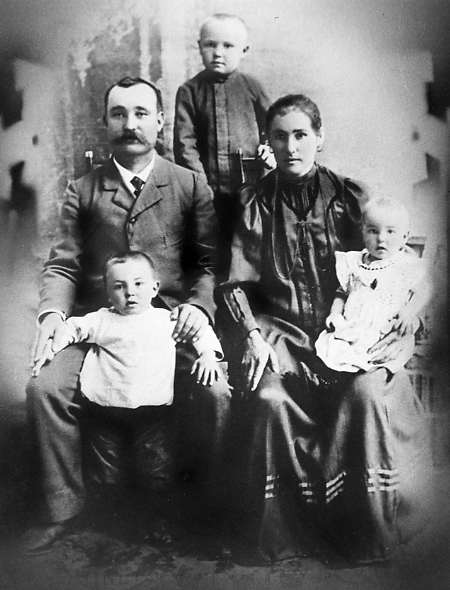 Frank Leier & Brigetta Senger were married in 1903. Frank was drafted into the Russian army to fight in the Russo-Japanese war (1904-1905). He was stationed in Mukden in China for months. The war ended in 1905 before his regiment reached the front lines. He also served in the first Siberian Battalion until 1910. Frank received marks of distinction for excellent service.

In 1910 approximately one hundred years after their forefathers had immigrated to Russia from Germany, Frank & Brigetta and their three children Frank Jr. Anthony and Jacob (Jack, JP) left Russia bound for Scott, SK Canada. Brigetta had relatives (her two brothers and five sisters had emigrated to Saskatchewan earlier) living there.

Frank worked in a furniture store in Scott, SK during the winter. In the spring of that year Frank and his brother-in-law purchased four oxen and began breaking the land at the homestead in the St. Joseph’s colony, St. John’s District or Salt Lake, Sk. In the fall the family built a 24×24 frame house. As the family grew to number 14, (three died in childbirth) there was need for a larger home. In 1922 the two-storey house with a large veranda was built. The original home was used to open a grocery store and post office. It was known as the Salt Lake Post office.

These pioneers wanted to establish their own farms and business. More importantly they wanted to practice their religious freedom (they were devout Roman Catholics). They brought with them their courage and a great faith in God and a special devotion to our heavenly Mother Mary. The family prayed the Rosary together daily. Brigetta demonstrated love and compassion to her family and community. She died in 1936 leaving a legacy of faith for her children and grandchildren to follow. It was her devotion to our Lady that inspired her son Jacob (Jack, JP) to set up Our Lady of the Prairies Foundation in 1957. 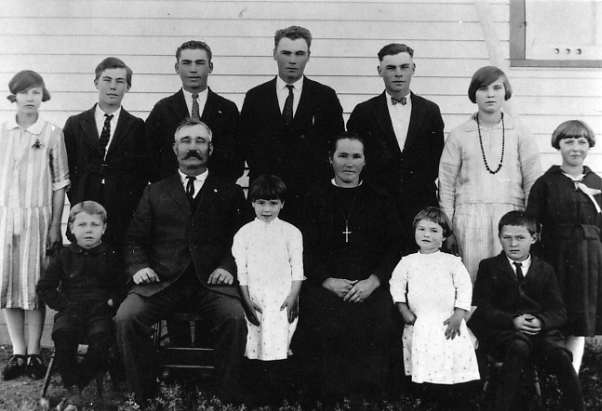 Frank opened a grocery store in Reward and later Salvador, SK and operated the farm as well with the help of his sons. He also served on the Koehmstead School District as a trustee for many years. He retired in Wilkie, SK where he died in 1953. Both Frank & Brigetta Leier are buried in the cemetery less than a mile from the homestead.

Hundreds of German colonists did not migrate to other lands and many perished in the holocausts of world wars, revolutions and the Stalin Regime. The survivors now are scattered over Siberia and Central Asia. The historical work of the German colonists in Russia has been extinguished. Their villages were taken from them and allotted to Russian nationalists. Even the original German names of villages were deleted. No tombstone, no monuments, commemorate the former inhabitants. No Russian history makes mention of their achievements. 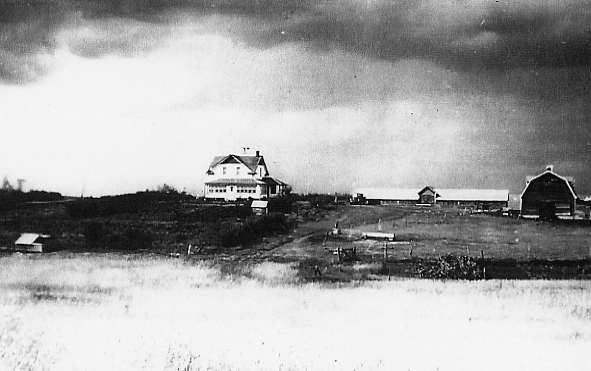 However, those who immigrated brought their culture and history with them to Saskatchewan and through their efforts the values and virtues that sustained them helped contribute to the Saskatchewan spirit of sharing and community.

We are deeply indebted and forever grateful to our grandparents for their initiative and courage, for the sacrifices they made so we could enjoy a better life and for the legacy of faith and freedom they gifted to their offspring.