A group of volunteers dedicated to the Saskatoon branch of the Western Development Museum. Organized January 29th 1955 at a meeting at the King George Hotel chaired by J.L. Phelps, then chairman of the board of the Western Development Museum. Purpose of the meeting was to assemble a volunteer group of experienced farm people and others to assist in the restoration, maintenance and operation of the WDM’s collection of vintage equipment.

Planning was under way to stage a week long “Threshermen’s Reunion” at the Western Development in July 1955, to commemorate the provinces 50th anniversary “Jubilee”, celebrations. Activities would include operating steam and gas engines, threshing and plowing demonstrations as well as activities using horse and oxen drawn equipment. A dry run to get the feel of the logistics for producing the large jubilee show revealed that it would require many more experienced people than the museum staff and a few volunteers to pull it off. Hence the call for the meeting and the organization of the club. The meeting attracted a large number of diverse individuals from all around the city and area. Bill Deering came all the way from Regina, picking up some people along the way at Davidson. A lot of enthusiasm was shown for the cause on a wintery January night. 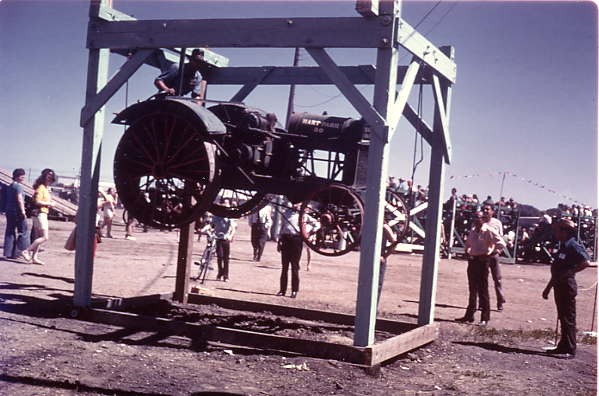 The first slate of officers elected for the club as follows:

The purpose of the club was to:

a) Create and maintain an organized group of persons with interest in:

v) Hobby or Model Building of above

c) Train or provide means of training of younger members to understand, operate and exhibit or display Pioneer equipment.

Use of equipment – Subject to the Museum Board of Director

Membership: Any person interested in one or more purposes of the club may become a member upon application and payment of the required dues, subject to the approval of the executive who have the power to terminate such membership at their discretion. 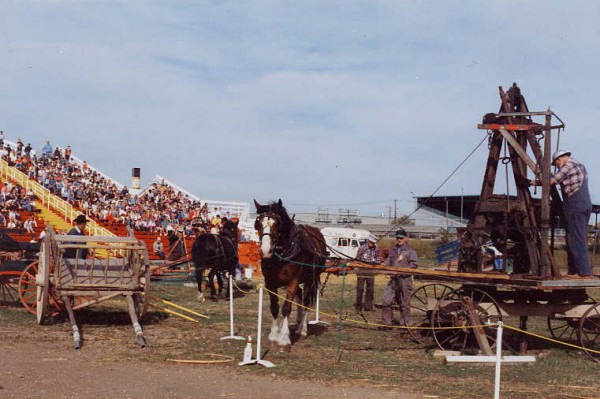 The core working members of the club live in and around the city of Saskatoon, however there are members who reside across the Prairies, British Columbia and in the USA. 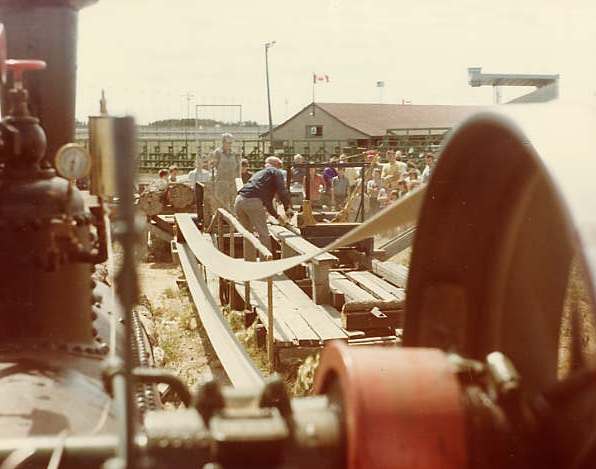 Total membership reached a high of over 200 in the 1970’s participating in the combined week long Pioneer Days/Exhibition Show. Now with the WDM’s two annual weekend shows, memberships remain around one hundred and fifty. 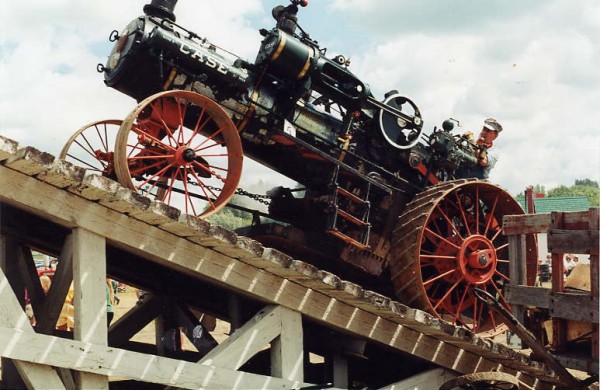 The Club participates with the Western Development Museum in organizing the annual “Pion- era Show”, raises funds (dues and flea markets, etc.) to finance winter restoration and maintenance of show equipment. Actively participating with the WDM in a major fund raising campaign ro replace the boiler on the 12 HP Case parade engine. Volunteers are also on call to operate equipment for special events for tour groups and annual fall harvesting demonstrations for school children. Club members provided demonstrations for Her Majesty the Queen and Prince Phillip for a special show in 1959. 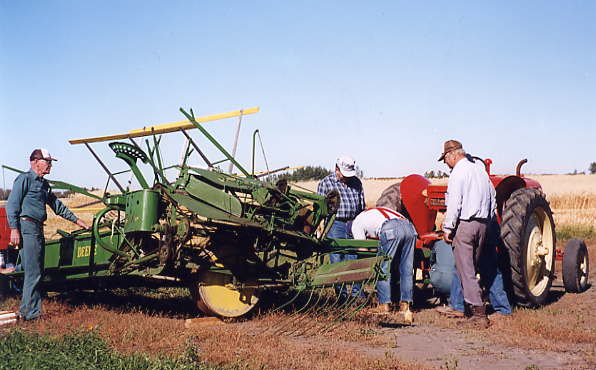 We are proud to be associated with the Western Development Museum in preserving the past for the future. The Pioneer Threshermen’s Club welcomes enquiries from interested individuals for membership.