Although we may take these scenes for granted now, it was not always this way. There was a time before Saskatchewan Lotteries existed – when community groups struggled to provide ad-hoc programming on limited budgets; and the chance of become a millionaire rested solely on how much income you could save during your lifetime of hard work. 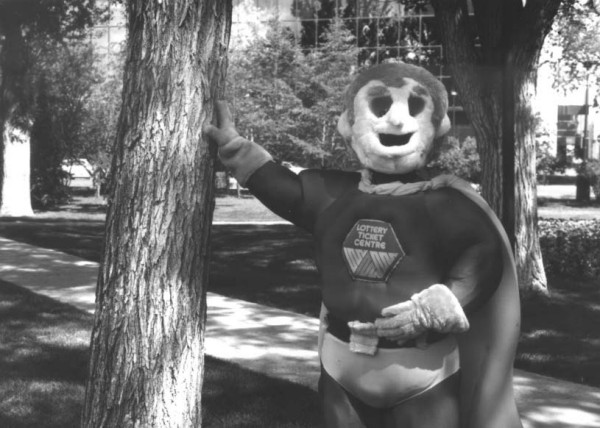 Lotto Man was once the mascot for Saskatchewan Lotteries

The origins of Saskatchewan’s lottery system date back to the late 1960s when the province’s sport organizations were struggling to provide programs with extremely limited resources. The sport community is huge – today there are 330,000 registered participants, 19,000 certified coaches, and 18,000 certified officials. Although the system relies heavily on volunteers, there is still a need for funding to ensure participation. Forty years ago, people wanted sport programs, but there was no system in place for co-ordinated fund raising. There was also a desire in the sport community at that time to work closer together on common initiatives and to develop cost-efficiencies.

That desire led to a group of provincial sport governing bodies (the organizations which regulate their respective sports in the province) to address the situation at an Amateur Athletic Union of Canada (AAUC) Saskatchewan Branch conference in 1970. Among the solutions proposed was the formation of a sport federation – a unified body for amateur sport in the province, which would lead to closer collaboration and co-operation and a common fundraising program. Delegates elected a steering committee, which would gather information on all existing sport federations with the aim of establishing a Saskatchewan sport federation.

A year later, the steering committee reported their findings to the AAUC conference. An interim executive was struck and twelve people were elected to establish the necessary committees to make Sask Sport Inc. a reality. Shortly afterwards an executive director was hired, and a complete outline of proposed programs of Sask Sport Inc. was submitted at the first general meeting in 1972. 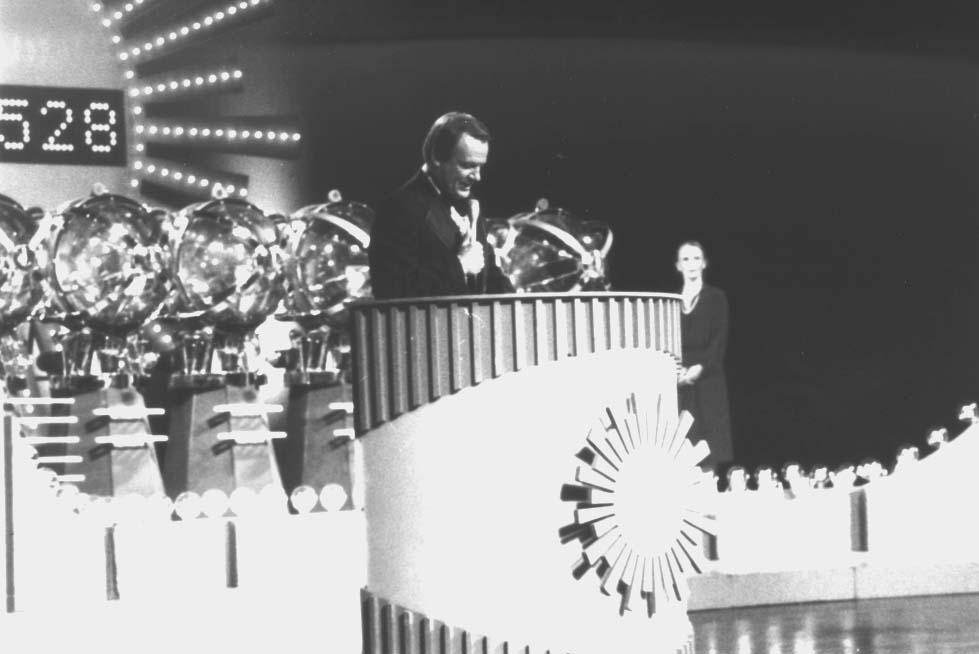 Twelve provincial sport governing bodies (PSGBs) agreed to the formation of Sask Sport Inc. It was created with three goals in mind: to present a unified voice for sport groups, to establish a fundraising program to provide for member needs, and to develop common programs. Hank Lorenzen, Chairman of the Management Committee for Sask Sport Inc., summarized the purpose to the members: “As elected executives of recognized sport governing bodies, you alone are empowered to raise your voice for all sport – no one else is entitled to that position. And the very basis of Sask Sport Inc. is your unified voice; your clear statements, reflecting all sport concerns here in Saskatchewan.”

One of the first priorities for Sask Sport Inc. was to develop a comprehensive fundraising program for its members. In 1973 it implemented the Saskatchewan Sweetstakes Lottery, which was its first attempt at a major lottery. The following year, the Province of Saskatchewan granted Sask Sport Inc. a license to operate major lotteries in Saskatchewan with the net proceeds assisting in the development of sport, culture and recreation in the province. In making the announcement, Ed Tchorzewski, Minister Responsible for Culture and Youth, said that “these agencies (lottery beneficiary groups) have all experienced the problem of insufficient revenues to fulfill their financial needs and are willing to work to raise such money if a fundraising tool is put in their hands.”

The Province of Saskatchewan retained the responsibility to ensure that appropriate and consistent legislation was in place to govern the operations of lotteries in Saskatchewan. The Culture and Youth Branch (now called Saskatchewan Culture, Youth and Recreation) would provide advice and assistance to the Minister regarding the overall policy direction and disbursement of lottery proceeds in Saskatchewan. 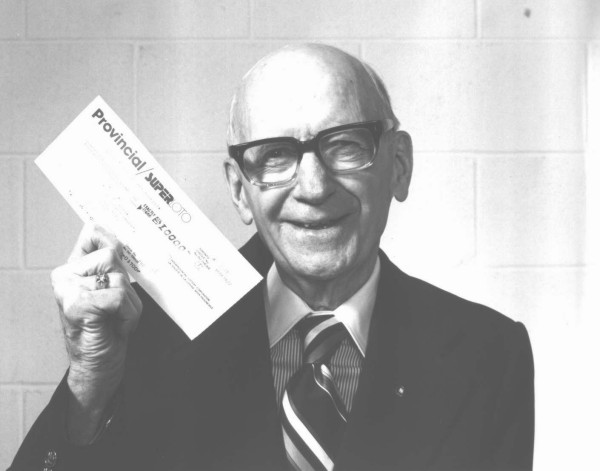 The Provincial was a popular game in the 1970s

With the license to operate Saskatchewan Lotteries, Sask Sport Inc. volunteers signed a promissory note for $100,000 as the province’s initial share in the Western Canada Lottery Corporation. In addition, Sask Sport Inc. recruited other volunteer organizations to invest $10,000 and to enlist the services of people from these organizations to establish the retail delivery network for lottery tickets. Some of the first games were Western Express and The Provincial. Volunteers from 260 non-profit groups purchased these tickets from Sask Sport Inc., who in turn, distributed them to 3,000 retailers. In 1979, Super Loto was added to the list, and four years later, the first set of instant win tickets appeared.

As new revenue was provided by Saskatchewan Lotteries, the funds were placed in the Saskatchewan Lotteries Trust Fund for Sport, Culture and Recreation. Volunteer committees from the sport, culture and recreation communities adjudicate all requests made to the Saskatchewan Lotteries Trust Fund. Six volunteers are drawn from each section making up the Sport Advisory, Culture Advisory, and Recreation Advisory Committees. Together, these three committees are known as the Full Trust. These committees review funding requests from designated eligible provincial organizations. These requests include their plans and budget for the coming year, a follow-up report, and an audited financial statement from the previous year’s activities.

In its first year of operations, the Trust allocated $341,405 to 44 beneficiary groups. As more groups applied for financial assistance, it became more difficult to determine which programs should be funded. Ken Bowren, Chairman of the Sask Sport Inc. Trust Board, noted in 1976 that “this was a year of truly coming of age for the Sask Sport Trust. During our deliberation, we had to struggle with the fact that funds from the Lottery are often going to be limiting, and this, coupled with the fact requests for funding of worthy programs are continuously on the increase, due to inflation and new programs, makes the screening of applications, a very tedious and painstaking process.”

To increase efficiencies within the sport, culture and recreation communities, Sask Sport Inc. renovated a historic building in downtown Regina to become the Administration Center for Sport, Culture and Recreation. This center allowed groups to work together and share resources and ideas. Another centre was added in Saskatoon in 1988.

The retail distribution network worked fine until 1982, when the first electronic game, LOTTO 6/49 was introduced. There was no longer a need to employ a large network of non-profit distributors when electronic distribution points could be established throughout the province. Sask Sport Inc. created Sask Sport Distributors Inc. to service a network of interconnected computerized lottery centres and to improve efficiencies. For the support and hard work the original distributors underwent to build the network, Sask Sport Inc. agreed to set aside a portion of Saskatchewan Lotteries funds, which would be used by these groups.

By 1986, the Saskatchewan Lotteries Trust Fund was allocating more than $4 million to 125 beneficiaries. Today, approximately $25 million is distributed directly to over 1,200 organizations and through them, more than 12,000 affiliated volunteer sport, culture, recreation and community groups receive funding support. All recipients are non-profit organizations and they include provincial sport, culture and recreation groups, clubs, teams, chapters, local art councils, tribal councils, Indian bands, zone sport councils, regional recreation associations, and multi-purpose groups such as the Saskatchewan Games Council and the Sport Medicine and Science Council of Saskatchewan.

Programs initiated by these volunteer organizations are part of the solution in overcoming the province’s important social issues. Lottery-funded programs encourage healthier and more physically active lifestyles. These programs assist underrepresented populations to become more involved in community activities. As well, proceeds are used to support programs such as Sport For All and Youth At Risk, which help remove the barriers to participation for people with disabilities, youth, seniors, and the economically disadvantaged. Activities supported by Saskatchewan Lotteries are a major contributor to wellness, funding activities for people of all ages, ranging from summer camps for youth to aerobics for seniors. The work of volunteer groups has a significant impact on the provincial economy. It is estimated that every year in Saskatchewan, sport, culture and recreation activities generate over $1.4 billion worth of economic activity and sustains 13,000 jobs. 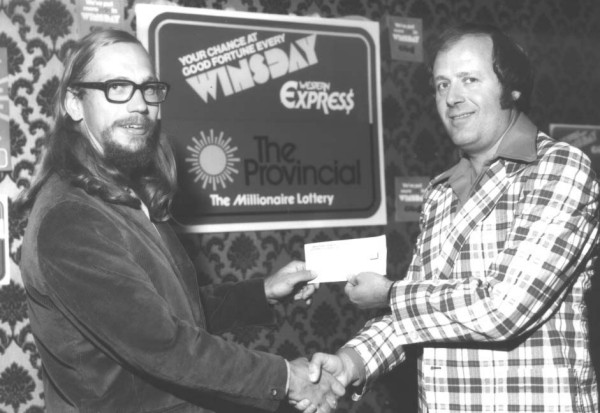 In 1985, the Trust Fund initiated the Trust Initiative Program (TIP) grant, which became known as the Saskatchewan Lotteries Community Grant Program in 1992. This program assists in the development of sport, culture and recreation programs by providing funds to non-profit community organizations operated by volunteers. These funds are distributed through local governments and are a partnership among Sask Sport Inc., SaskCulture Inc., Saskatchewan Parks and Recreation Association Inc. and Saskatchewan Culture, Youth and Recreation.

One of the primary differences between Saskatchewan Lotteries and other lottery organizations is that the operation is governed by volunteers, under legislation, regulation, and an agreement with the Government of Saskatchewan. This has resulted in pride and ownership by the beneficiary groups and a high degree of public acceptance of lotteries. This has also led Saskatchewan to having one of the lowest expense to sales ratio of any lottery corporation.

Using volunteers to adjudicate the grants has also resulted in groups taking responsibility and ownership in the decision-making process. This system has provided Saskatchewan with a vehicle to provide financial support for provincial sport, culture and recreation without drawing on tax revenue, while continuing to maintain policy and regulatory control.

Saskatchewan Lotteries is a member of the Interprovincial Lottery Corporation (ILC). This organization is unique in the lottery industry because of the high degree of cooperation which exists among all provinces. This organization has enabled relatively small provincial populations to collaborate with other provinces in order to share markets, prizes and administrative expenses, and to produce more effective and profitable operations for each province. Without such cooperation, games such as LOTTO 6/49 would not be possible on a provincial basis. The ILC is comprised of five regional marketing organizations and coordinates national games as well as special event games.

Saskatchewan Lotteries is also a member of the Western Canada Lottery Corporation (WCLC). This organization consists of the Manitoba, Alberta and Saskatchewan as full members and the Yukon, Northwest Territories and Nunavut as associate members. WCLC offers games that are only sold in their region, such as Scratch ‘N Win tickets, The Plus and Sport Select. Again, the co-operation among the members has enabled them to offer lottery products that they would not otherwise be able to offer on a stand-alone basis. All of the net profits generated from the sale of tickets in Saskatchewan, whether produced by ILC or WCLC, stay in Saskatchewan.

The existence of Saskatchewan Lotteries has fostered the growth and development of an unequaled core of volunteers, who generously donate their time to make life better for Saskatchewan people. By empowering the volunteer community, Saskatchewan has nurtured one of the most cost-effective program development and delivery systems in North America. All those who purchase lottery tickets are supporting a system which shapes the lives of Saskatchewan residents in a meaningful and positive way, creating a better future for all of us.