The parish celebrated its Silver Jubilee on October 12, 1949 with the blessing of the new church by Archbishop M. C. O’Neill. This new church received its present title of Mary. Queen of All Hearts, in recognition of Rev J A. Menard who originated and fostered devotion to Our Lady under this title. He served as pastor of the parish from 1930 to 1946. In 1942, he received permission from his superior to have a novena prayer printed. 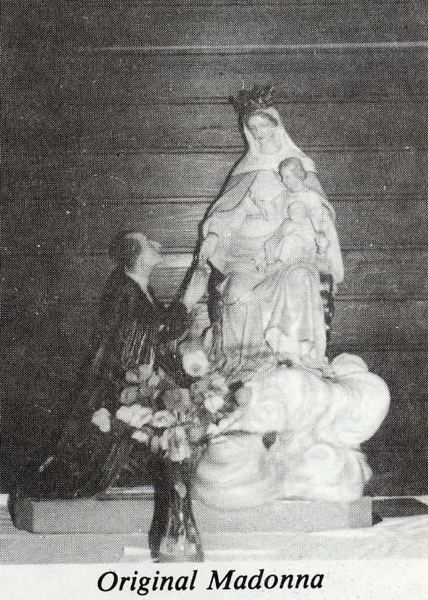 The first statue, originally from Quebec; is made of plaster, but real gold trimmings and crown were added by an artist from St Boniface in 1951. It is inside the church, enabling people to come to honor Mary throughout the year. In the first public pilgrimage on August 22, 1954, the statue was carried by four men in a procession from the church to the school. 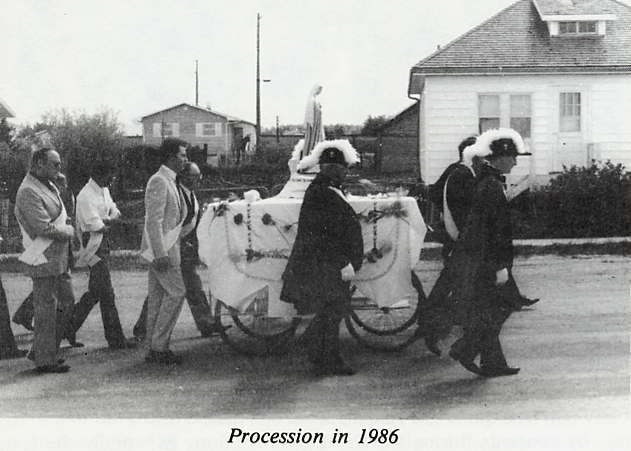 Sometime later, another processional Madonna was obtained. This statue is put on its own decorated carriage and pulled through the village streets on pilgrimage day. The procession is usually a lengthy one consisting of pilgrims from surrounding parishes and accompanied by their clergy. Each parish in the procession prays the rosary and all the pilgrims join in a Marian hymn or two or three simultaneously, depending upon the length of the procession. The pilgrimage procession now ends at the outdoor shrine where the people gather for a Eucharistic Celebration followed by the Sacrament of the Sick. 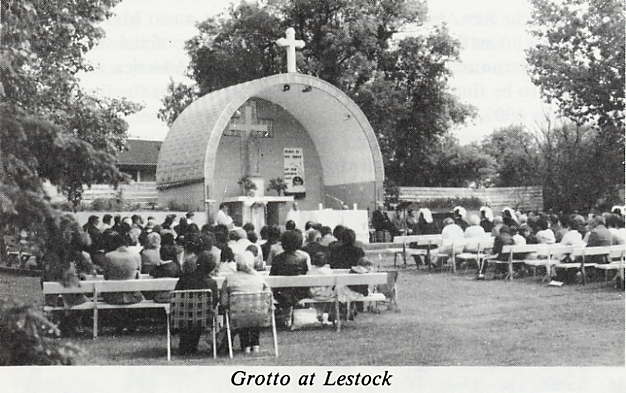 The outdoor shrine, built on the church grounds in 1957, consists of an enclosed arch made of concrete blocks. Mounted inside is another sculpture of Mary, holding the Christ Child in her arms. This life-sized statue was made in Italy.