The quotations in this document are from the personal diary of Jack Oliver Thomson. The other parts are added memories of his daughter Carol (Thomson) Murphy.

Some expenses in that first month were:

I operated out of Drayton Oliver Thomson’s (Dad’s) house, 437 Ontario Avenue. I delivered groceries from three different stores and hauled meat to the CN and CP for Intercontinental Packers, also machine repairs from Cockshutt Farm Equipment, John Deere, Allis Chalmers, and Minneapolis Machine to CN, CP and Bus. Of course, the odd move job in an open truck.

The next year, 1947, I needed help so my Dad, Drayton, left his job and put a truck on. Two more trucks were added the following year. 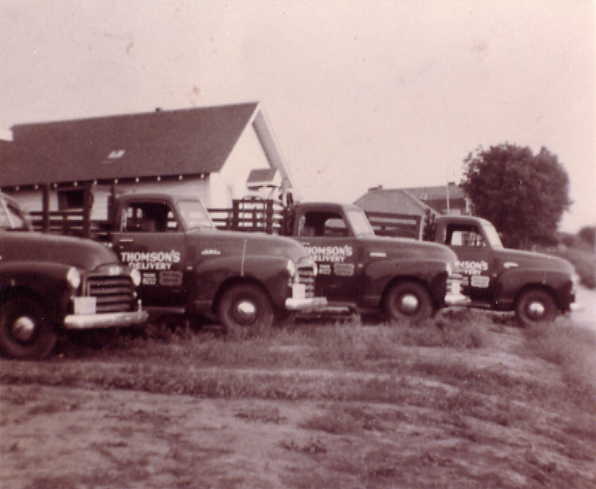 “We advertised 24 hour personal service. About that time we got green uniforms (color selected by Mom, Jennie Thomson) and that sure made a difference. People knew who you were and good advertising”.

1948, we operated out of our home, 1328 Avenue G North. My wife Louise answered the telephone and did the accounting. She had a very pleasant voice on the telephone. 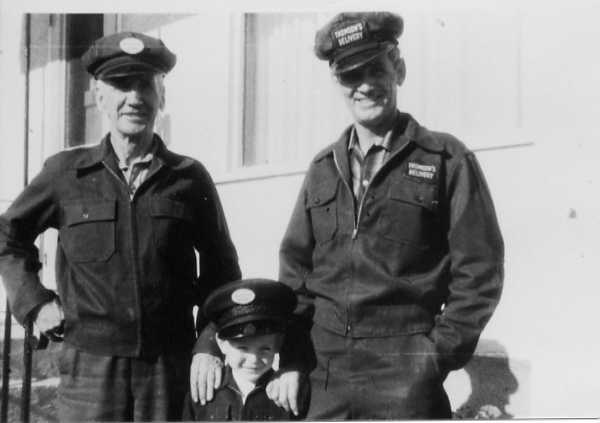 In about 1955, Jack bought a Quonset and moved it to his warehouse on 17th Street West. He operated Thomson’s Delivery out of the warehouse with Mary Elliott as a dispatcher.

Carol (Thomson) Murphy did the typing of statements on an old Remington Manual Typewriter at our home while she was going to high school – 1956 to 1960.

Jack was quite an entrepreneur. He had many interests.

About 1950, he made many trips with customer’s furniture for the cabins at Waskesiu in the step van we called “Annabelle”. Annabelle later turned into one of the first fast food outlets – The Fri Chick Inn. Dad and Ray Anderson took it to the Saskatoon Exhibition and the Regina Exhibition. Eventually it was placed out at Danceland (now The Manhatten) on Highway #5. They provided hamburgers and chips while the dance was going on.

1956 – 57, Jack operated a White Rose Service Station on 19th Street (next to the Royal Canadian Legion). He washed Grey Cabs, answered telephones for Wynyard Transport, Rudy’s Transport and Thomson’s Delivery as well as pumping gas and changing oil. Carol worked at the service station from Monday to Friday during the summer months while going to high school. Good practice washing those Grey Cabs!

In the late 1950’s several drivers started with Thomson’s Delivery. They were with the company approximately 30 years. Many will remember Stan Moe, Ben Decker, Joe Marianni, Jack Hogaboam, Neil Wilkie, and Orest Melnychuk. What a career and what great advertising if employees stay with one company that long.

Some long time employees are: Barry Thomson, Stuart Sabiston, Wayne Wilkins, Darrell Loewen, Don Riley, Steve Smith, Greg Murphy, and Todd Murphy (the youngest and he has been there 20 years).

Eventually the office moved to 415 33rd Street West in 1970 and then to 1233 Quebec Avenue in 1987 when they needed storage space for new contracts and still there today. 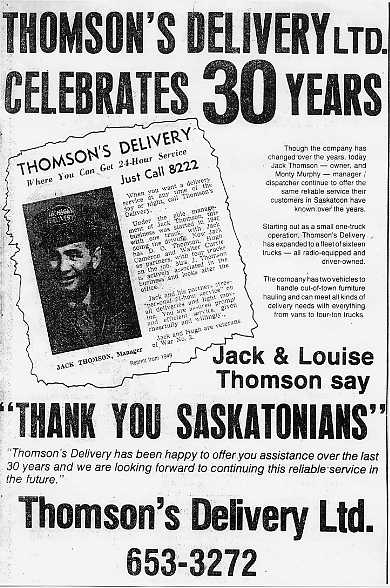 The new Mendel Art Gallery and Conservatory was being built in 1966. Our Ford Econoline was featured in a Ford Truck magazine as part of the delivery service. 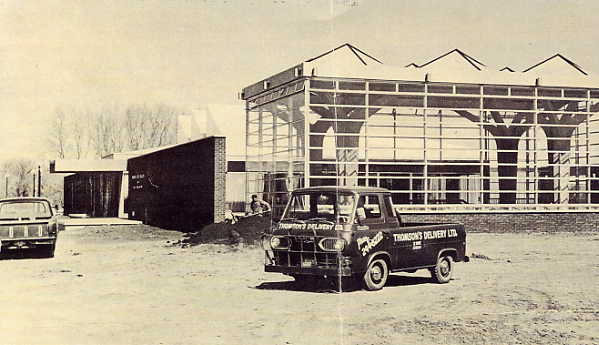 Eileen Hackett was a devoted secretary and spent 19 years at Thomson’s Delivery from 1969 to 1988.

Lloyd Montague (Monty) Murphy took over the office in 1964. He has a most pleasant voice on the telephone and was certainly an asset to the company. Imagine working with relatives all this time.

Drayton Eldon Thomson worked as summer replacement driver when he was in high school and University from 1964 to 1975.

“We formed a Company on June 1, 1964, and my son-in-law, Monty Murphy took over answering the telephones and dispatching the drivers. In 1977, my son Drayton Eldon Thomson went into the office to help him. My grandson, Gregory James Murphy, 1981, has a truck on his own now”.

If you see a Thomson truck around it will always be the cleanest in the city. The drivers all pride themselves on looking and acting very professional.

“See us before you make a move, there is a difference” was Jack’s favorite quote.

Today, 2003, Monty Murphy runs Thomson’s Delivery Ltd. with sons, Gregory James Murphy and Todd Montague Murphy, each driving their own trucks. Thomson’s is a family run business and has been a visible presence in Saskatoon’s history for 59 years. We hope it will continue for many more years to come. 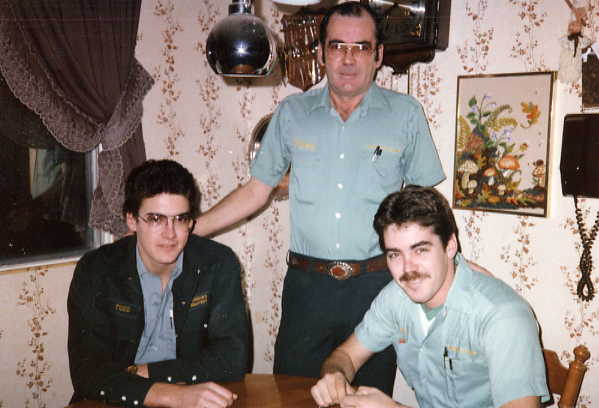