This is the story of a father, six sons, a grandson and a nephew who homesteaded in the Rural Municipality of Perdue #346. North West Territories, later Saskatchewan.

They filed in this order –

One hundred years after the first two homesteads were filed on, four of the original homesteads are still in the Weir name.

William Brunton Weir, was born June 1st 1831. His wife, Sarah Wilson, was born July 28th 1842. They were married in Ottawa, Ontario on Jan. 13th 1865. Their children were ten boys and one girl. One boy and the girl died in infancy. They raised their family on a 200 acre parcel of land in Torbolton Township, Carlton County Ontario. His father, James Weir, was granted the parcel by the British government in 1822 as an enticement for emigrating to Canada. In 1885 William and Sarah sold their portion of the parcel and other holdings having decided to migrate to what was known as The North West Territories. The Riel Rebellion broke out and friends and relatives persuaded them that it was no place to take a young family. They then purchased property at Fitzroy Harbor, Ont., where tragedy overtook them in that three sons died in the diphtheria epidemic of 1896. 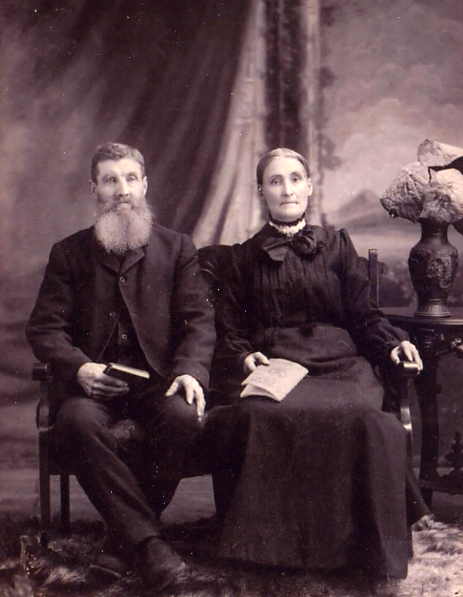 In 1904 W.J. (Jack) Weir returned to Ont. and he and James decided to go to Saskatoon, N.W.T. to homestead. No doubt the location was influenced to some degree by the presence of Jim’s brother in law Matthew Jordan, who was involved in Real Estate in the village of Saskatoon.

Jim and Charlotte Weir, their seven children, and Jack Weir left Arnprior, Ont. on Mar. 22nd 1904 by train. Jack traveled in the settler effects car with the livestock. They brought four horses, three cows, three geese, hens, household furniture, lumber and machinery. Everything was fine as far as Winnipeg, then the railroad seemed to be having problems; it took until April 1st to reach Regina and then more delay.

Jim and Charlotte’s daughter Mabel told that while in the station in Regina, “We saw a Lady with two little girls who was trying to join her husband. The husband had homesteaded out of Regina. Too complicate the matter she did not speak English. The Immigration Agent had the police attempt to locate the husband. Investigation revealed the husband had died the previous winter. The authorities tried to persuade her to return to their homeland. She refused stating her husband had built a house for them and she was going to live in it. A collection for the family was taken up from the many travelers in the station and given to her”. 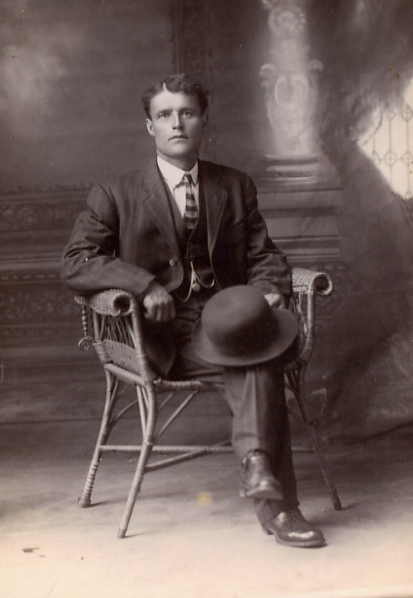 We were delayed about three days in Regina. Hotels and rooming houses were all full, which meant our father had to find other accommodation. After much walking he located a house on the outskirts of Regina. We all walked there each carrying baggage to

the home of a kindly older couple who took us in. On April 3rd, Easter Sunday we returned to the station, a few coaches were there and we went aboard. In the afternoon the Salvation Army came in and sang hymns. There was a tiny kitchen in one car where you could prepare meals. After more delays we arrived in Saskatoon April 5th. The stock car arrived in Saskatoon on the 6th, which was fortunate because the ice took the bridge over the river out on the April 7th, 1904.”

(During this move west, Charlotte was eight months pregnant with their eighth child. The baby was born in Saskatoon May 8th 1904, died April 8th 1905, and is buried in the Smithville cemetery west of Saskatoon. With seven children ranging in age from 13 to 1 1/2 years and pregnant, it would be doubtful that Charlotte looked back on the trip with fond memories.)

Jim Weir bought three lots, 201 – 203 – 205 – Avenue A South. They built a house facing 21st Street about halfway back on lot 201 for the family. A stable was built toward Avenue A on the same lot. By staying in Saskatoon, Jim and Charlotte’s children could attend school as there were as yet no schools where they intended to homestead.

While constructing the house on Ave. A, Jim and Charlotte were living at the home of Charlotte’s brother, Matthew Jordan. The three geese brought from the east were frightened by dogs, and flew into the river. The geese settled on an ice floe. Jim ran along the bank for half a day trying to entice them ashore to no avail. That fall the family heard of a railway gang which had a goose dinner. The gang expressed astonishment at how tame these wild geese were. 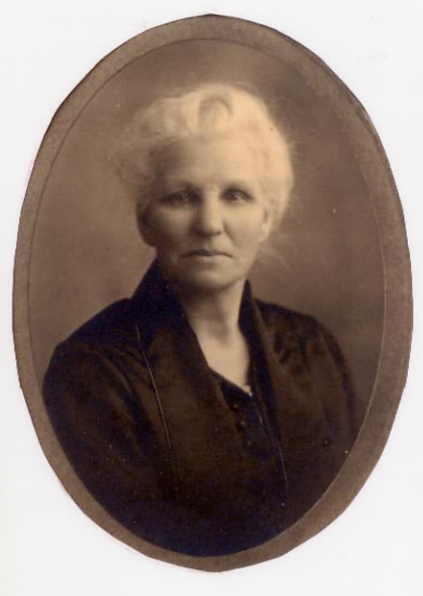 Jim and Jack located homesteads and both filed May 23rd 1904 on adjoining quarters, about 40 miles due west of Saskatoon.

Jack then worked in a blacksmith shop for John Braithwaite in 1904. Then in 1905 he built his own blacksmith shop on the front corner of Jim’s lot at the intersection of Ave. A and 21st St.; in late 1904 he wrote to Sam and told him what they were doing. After Sam arrived from Great Falls in 1905, Sam and Jack alternated with one running the blacksmith shop while the other was out homesteading.

Charlie B. Weir came west and filed on Oct. 16th 1905 about six miles north of Jim and Jack. He went back east after filing and came out again to go on the quarter June 20th to Dec 20th 1906.

Sam Weir filed on July 19th 1906 about a mile south, and across the road from Jack and Jim.

Jim’s family lived in Saskatoon until March of 1907. The children attended the stone school house and later the then new King Edward School. The Normanton School, Dist # 1675, was built in 1906; Jim moved his family to the homestead in March, 1907.

In the words of his daughter, Mabel, “Life on the prairie was new to us. We enjoyed the freedom to roam around. We found wild flowers, mushrooms, strawberries, Saskatoons and Chokecherries. There were gophers and other animals; also we had horses to ride. We were in time to see the Grand Trunk railroad being built. The railroad simplified hauling supplies from Saskatoon. Prior to it being built, a trip by horses and wagon required three days over winding trails and around sloughs. 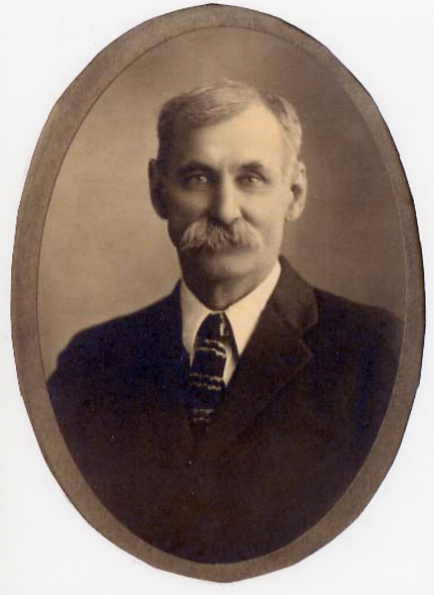 Leney Hall. A Union Sunday school was organized by a Miss Dickey, ( she was a sister of Doctor Dickey who lived on a farm between Leney and Perdue). Sunday School picnics were held at Clear Lake. After Christmas each year the Sunday School held a sleigh ride and supper for the children. Games would be played, and weather permitting skating on a nearby slough. The supper menu was baked beans with pork, brown bread and butter, cookies, milk, cake, tea and coffee.

The wind had a wide sweep on the open prairie so trees were planted for wind breaks. There had been few bluffs around our area, and most of these had been cut down by travelers and settlers for fuel. The first picnic I remember at the Normanton school had some shade trees planted for the occasion. Young men had gone north to the bush and had cut green poplar trees. They left branches with leaves on and stuck them in the ground around the school.

In winter months neighbors visited, had card parties, quilting bees and dancing. The Canadian Foresters had carpet bowling and dances. For these occasions each family brought lunch and chipped in a small fee for lights. These social occasions were a tonic to cheer people up in the long winter months.”

Jack sold the Saskatoon blacksmith shop about Dec. 7th 1907. In June of 1908 Jack built a blacksmith shop in the new village of Leney; he and Sam continued to alternate running this one. About 1917 with their farms established Jack and Sam were no longer interested in continuing the blacksmith business. The shop building in Leney was moved to a farm Bruce had purchased on NE11 – 35 – 12W3, where it was used as a stable.

Charlie B. Weir went east and brought his family out to his homestead. He left Arnprior, Ont. with his wife and family and settlers effects May 16th 1907. At the same time he brought the parents, William and Sarah. This trip was a little quicker in that they got to Saskatoon at 5:00 pm on May 20tn 1907. They left for the homesteads on May 25th, and they arrived at Jim’s about 11:00 pm that date. The parents William and Sarah moved to Jack’s homestead, where Jack and Sam were living.

William had been keeping a log of events since about 1865. After the move west it turned into a daily diary with many notations of current events. On May 11th 1908 he noted that the Grand Trunk Pacific Railway laid the steel halfway across Jack’s quarter by 7:00 pm. This is the present day Saskatoon to Edmonton C.N.R. main line. It passed within fifty yards of Jack’s building site.

Next of the group to file was James Harvey Weir, a nephew of the father William. William and Sarah had raised Harvey and his siblings after their mother died, so he was considered one of the family. He filed on Sept. 17th 1908. It is about four miles southwest of Sam.

After the sons were settled on their homesteads the father, William B., filed for homestead on May 25th 1910. He was seventy nine years old, so his boys broke it up and helped him to prove up for title.

On Dec. 10th 1911 Henry and Agnes Weir with their child arrived in Leney. They had decided to move from Manitoba and join the group. Henry and family moved onto Jack’s original homestead to look after William and Sarah. Jack meanwhile had bought another farm about four miles south, where he now lived. Henry filed for homestead on June 15th 1911, a mile west of William’s.

Grandson, Fred Weir filed for homestead on June 601 1924. This quarter had been filed on and abandoned twice before, and had since reverted to grass. He attempted to buy the land from the government and they refused to sell, so he demanded inspection under the Homestead Act, and subsequently filed on it himself. He proved up and was granted title; he owned adjacent land so it fit his situation.

In September of 1912 the brothers bought a 110 hp. Case steam engine and a 40 inch Case threshing separator. The outfit was referred to in the community as the Big Six. They threshed their own crops and much custom; in 1913 they threshed 56,487bushels of grain. (Even at 25 bushels to the acre that is the equivalent of 2260 acres of crop.) In later years the outfit was taken over by Jim and his sons. They continued to steam thresh into the fall of 1936. 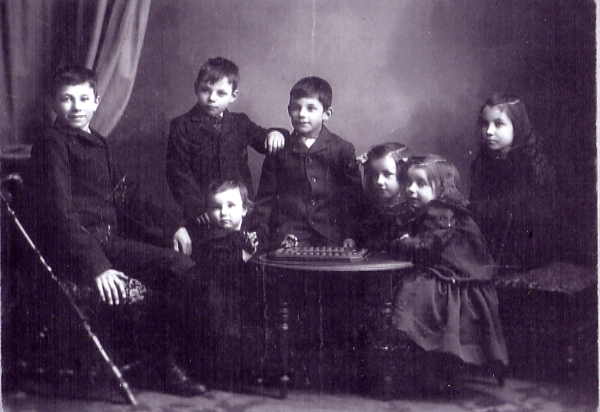 The lean years of the thirties prompted Jack in 1933 to acquire a 1400 acre ranch further north by Canwood. This was done in order to move his livestock to where there was feed. He started out to drive 90 head north and ended up with 200 by the time he reached the ranch. Farmers along the way who had no feed and were selling or giving their cattle to him in lieu of them starving.